Guess what we did this weekend? Gilly and Haley went on a camping trip!
And we were pretty hungry, so Haley brought her barbecue!!
It was SO delicious... 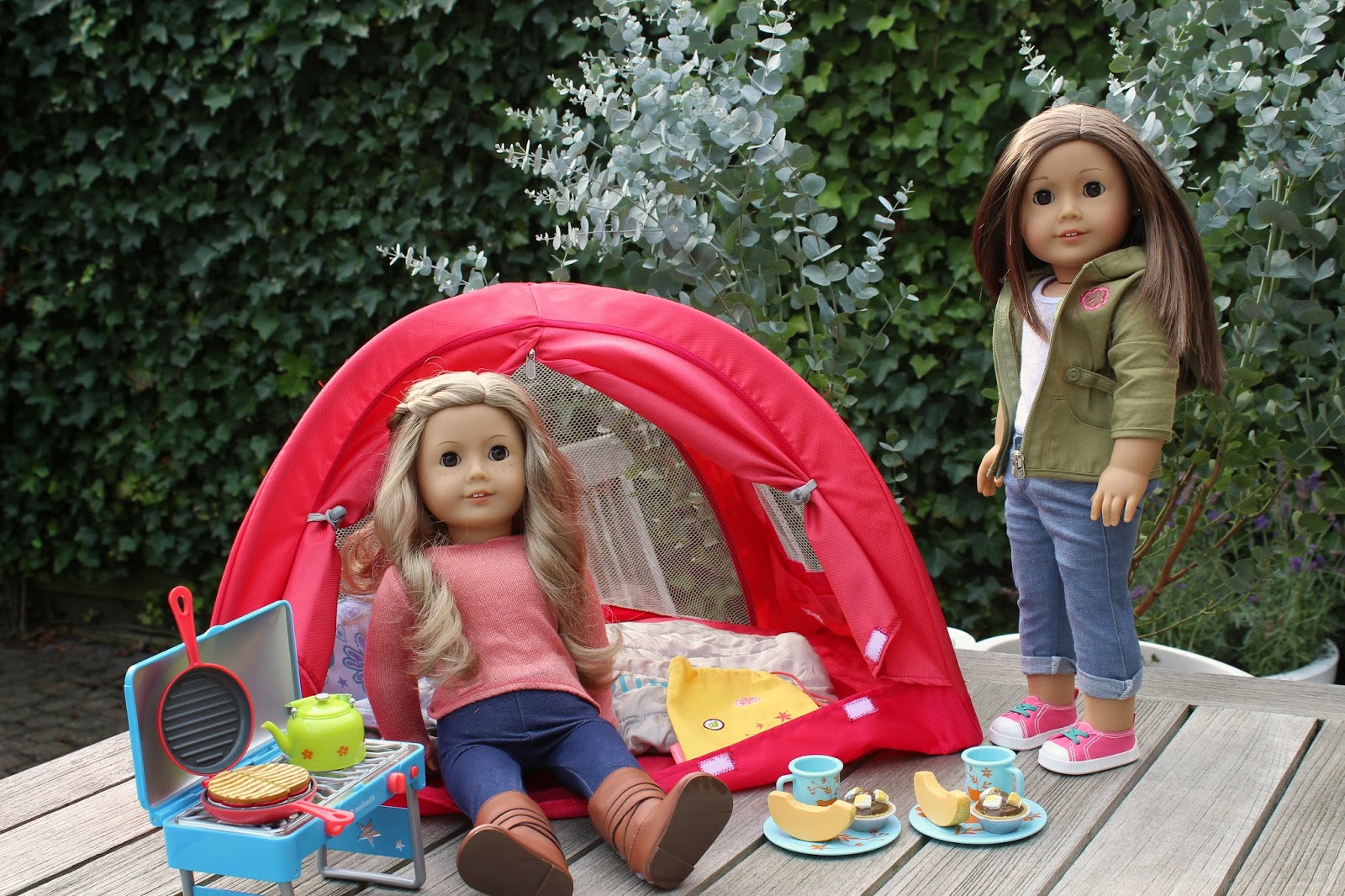 Haley and Gilly look so cute! Haley is wearing a lace top, a pair of jeans, pink sneakers and a parka. Gilly is wearing a coral colored sweater, a dark washed jeans and some boots.
They look so fall-ish!! 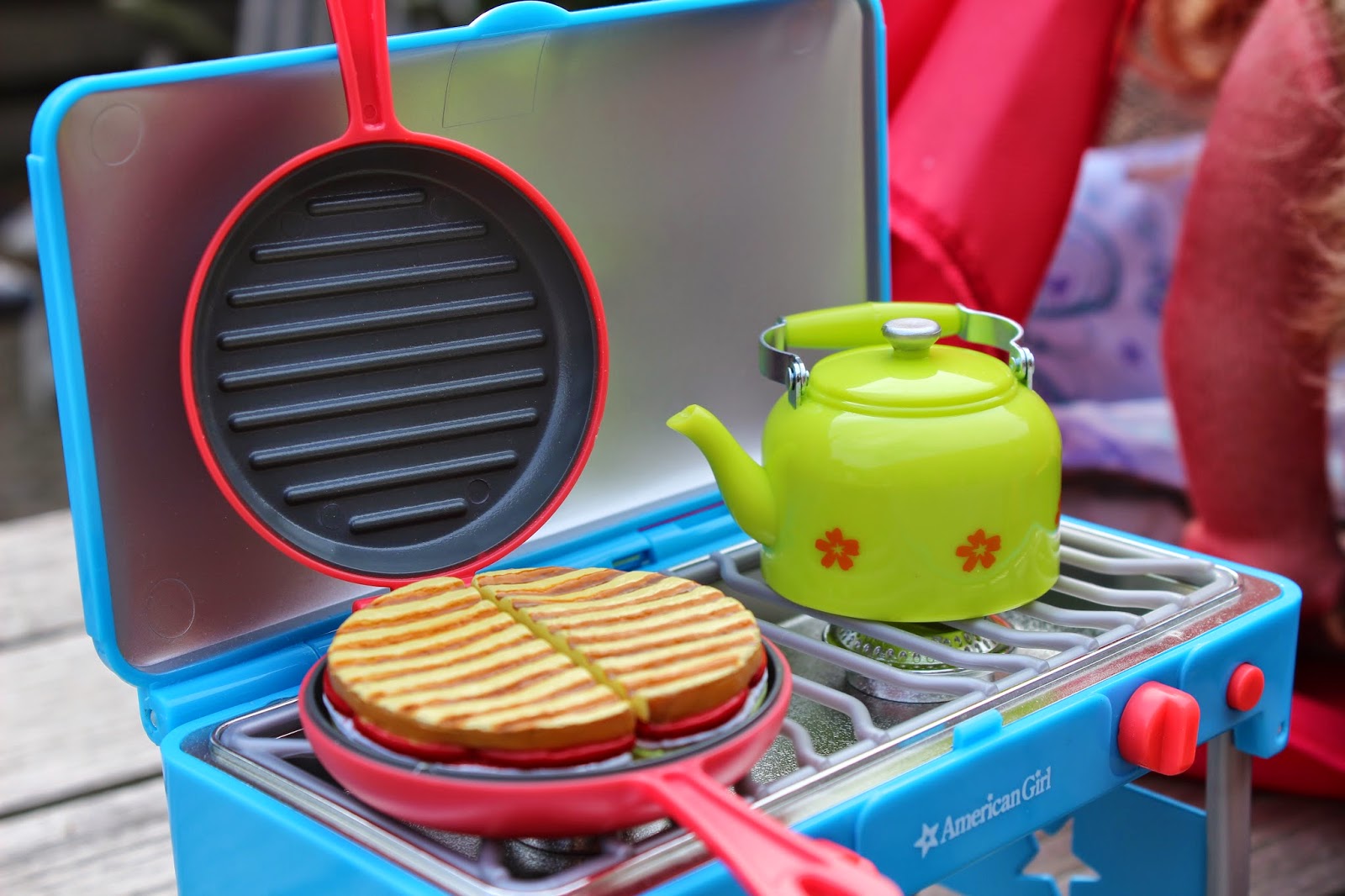 Haley turned on the barbecue and Gilly boiled some water and made some de-li-cious grilled cheese sandwiches. I can't get enough of them! 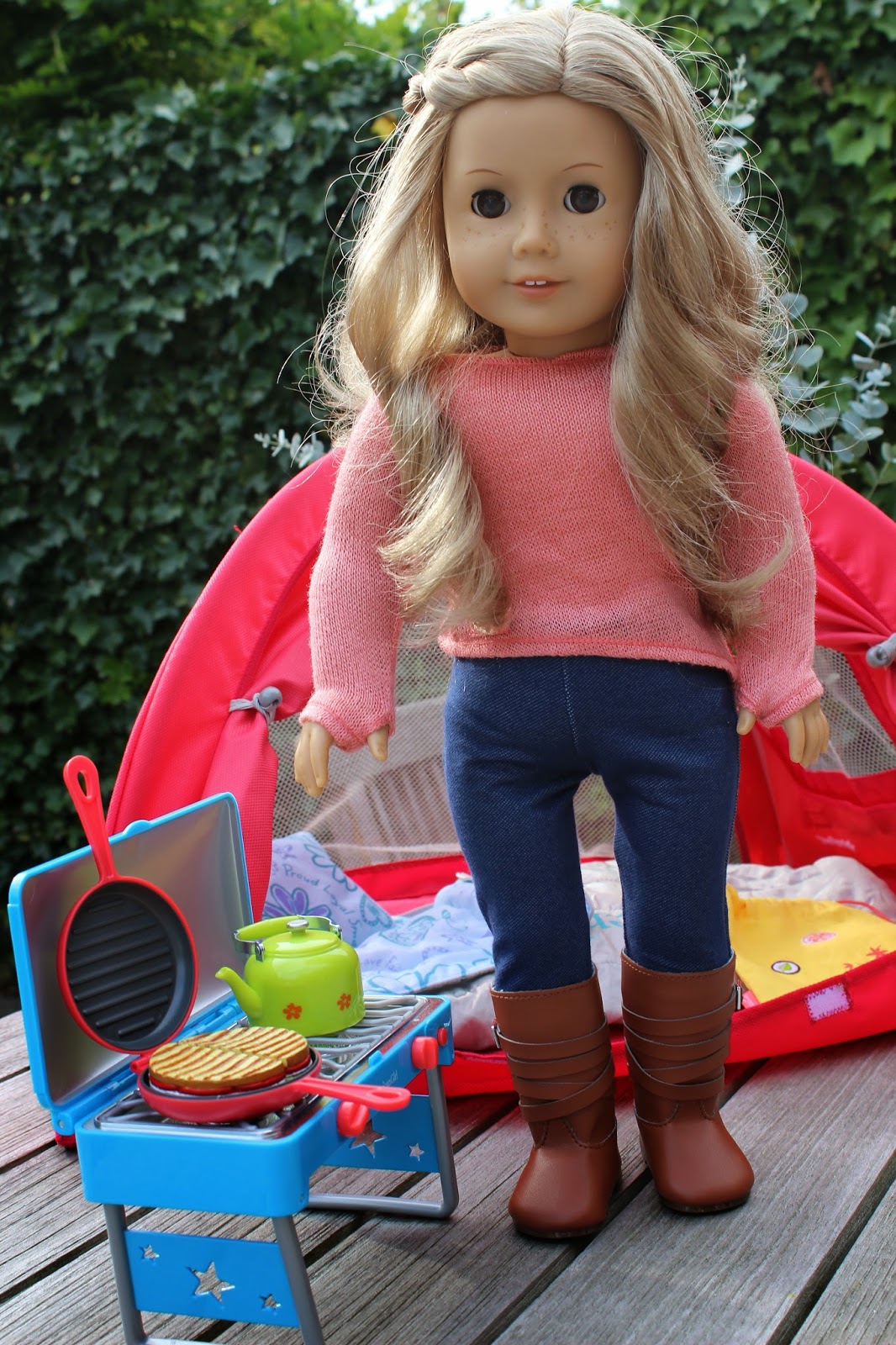 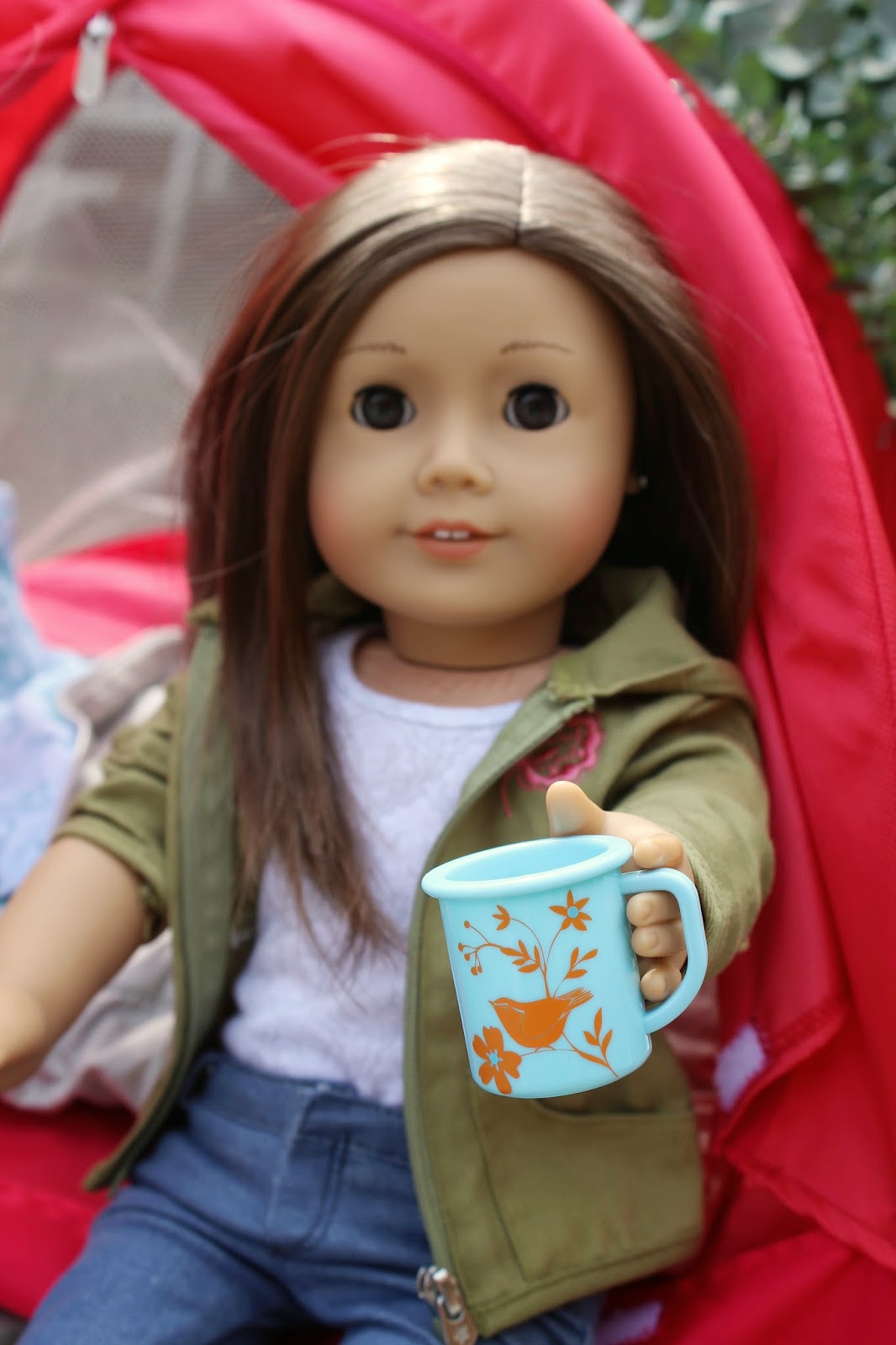 Gilly made some raspberry flavored tea. "It's so good. Maybe it's even better than a pumpkin spice latte!" said Haley. "Well, I don't know that… PSL's are so tasty." said Gilly. 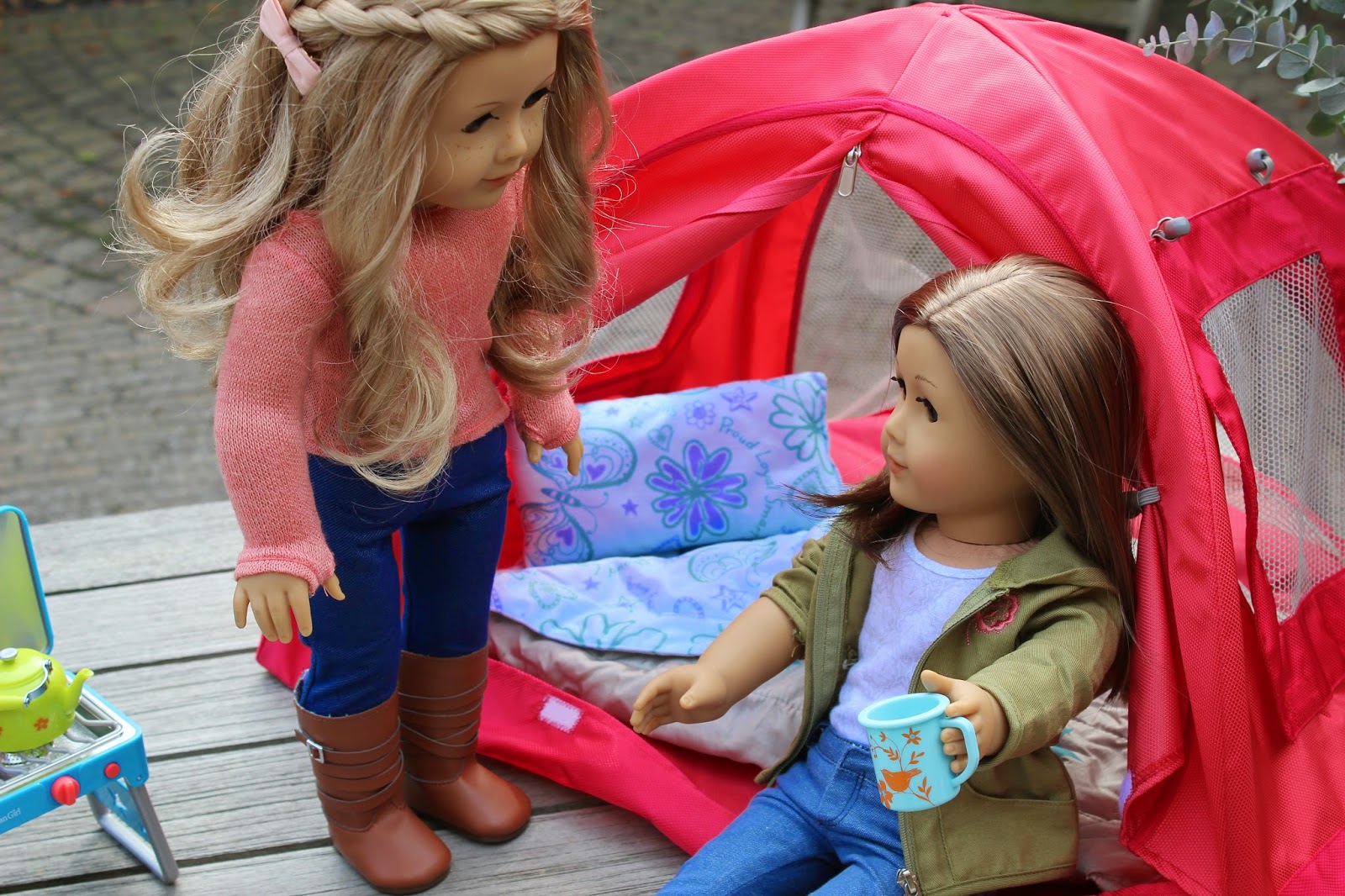 Gilly decided to make some more grilled cheese sandwiches and when she was done, she finally set down and talked with Haley. 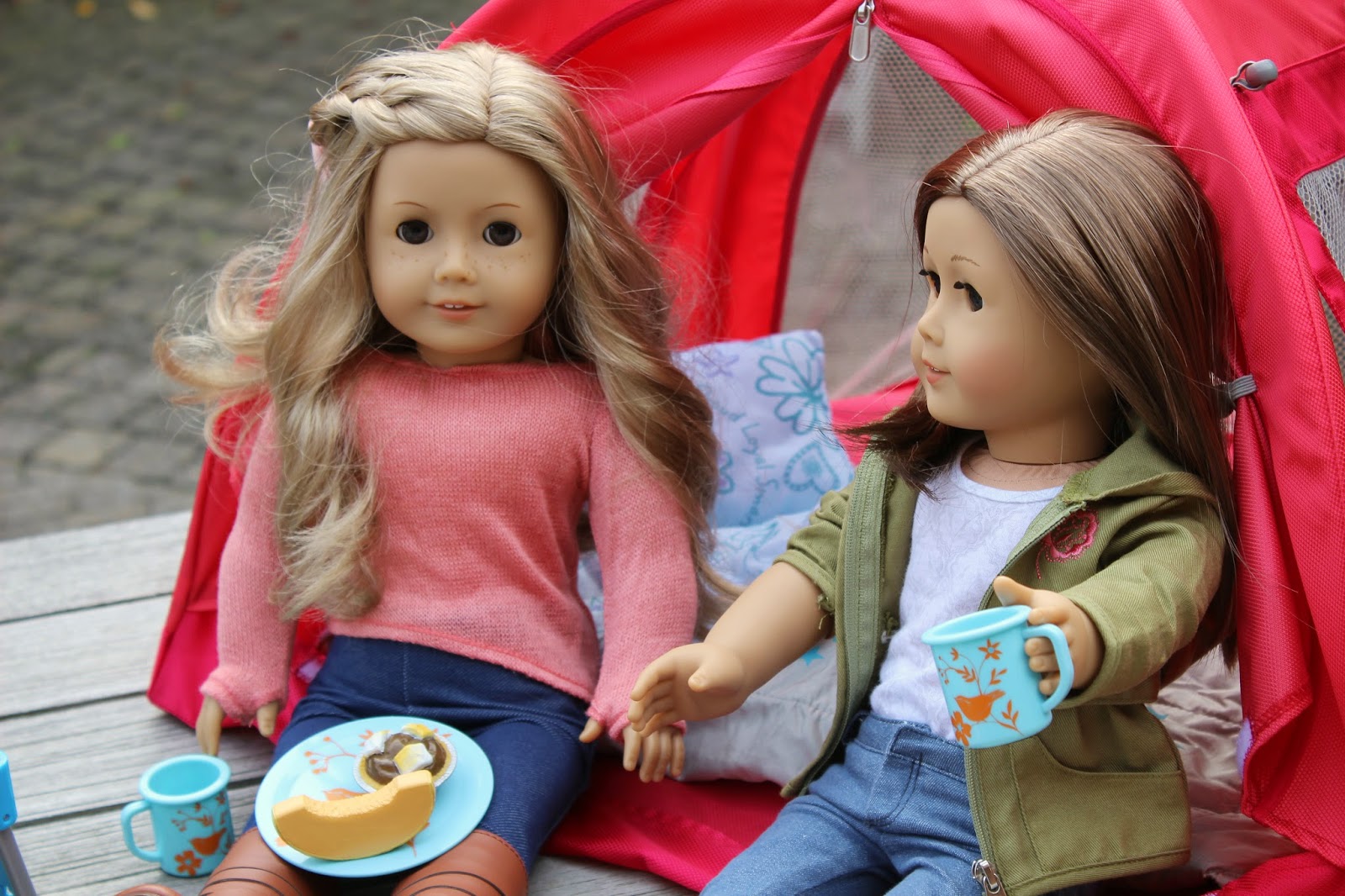 It looks so cozy! 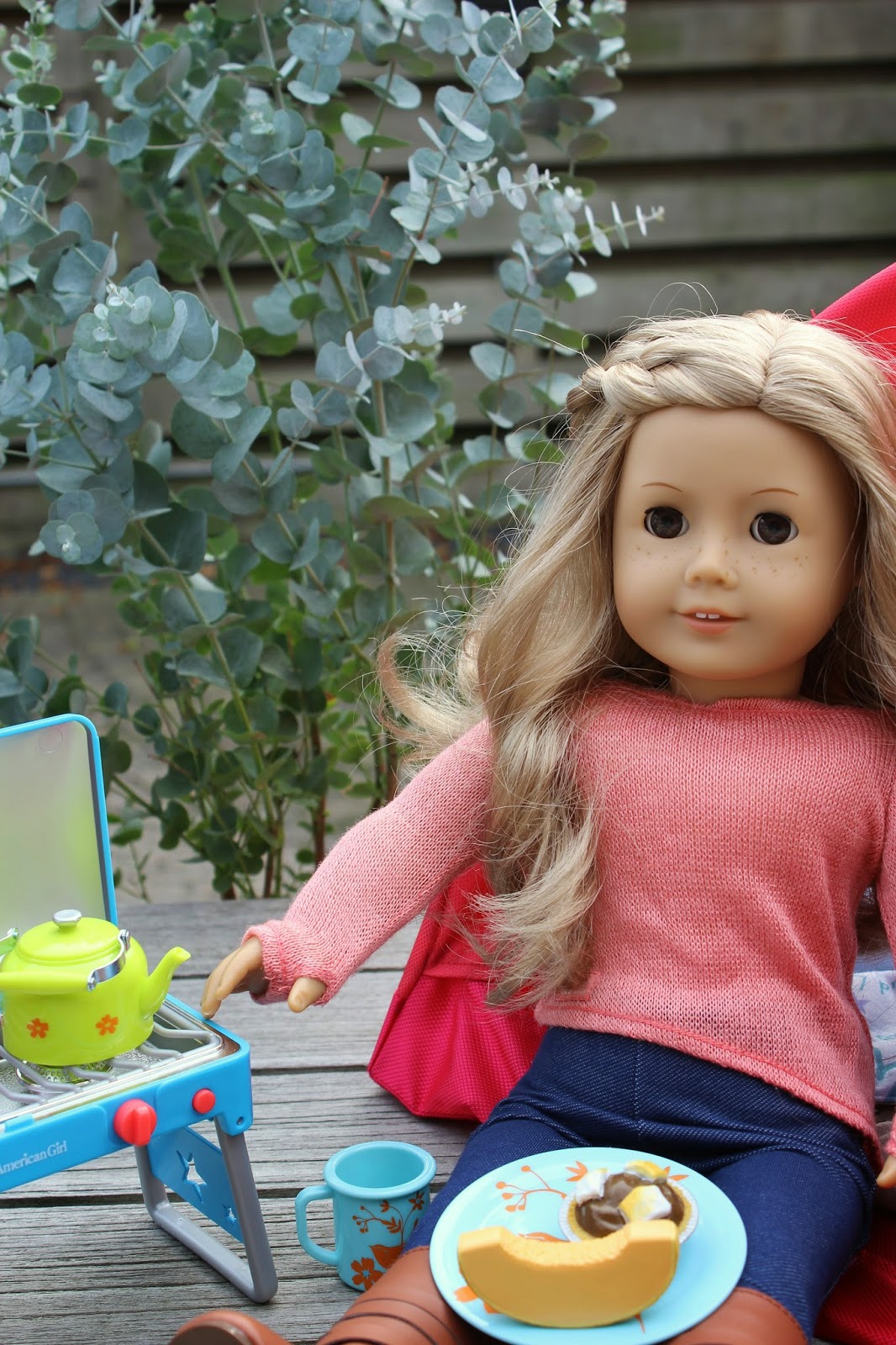 Camping is so much fun ;) 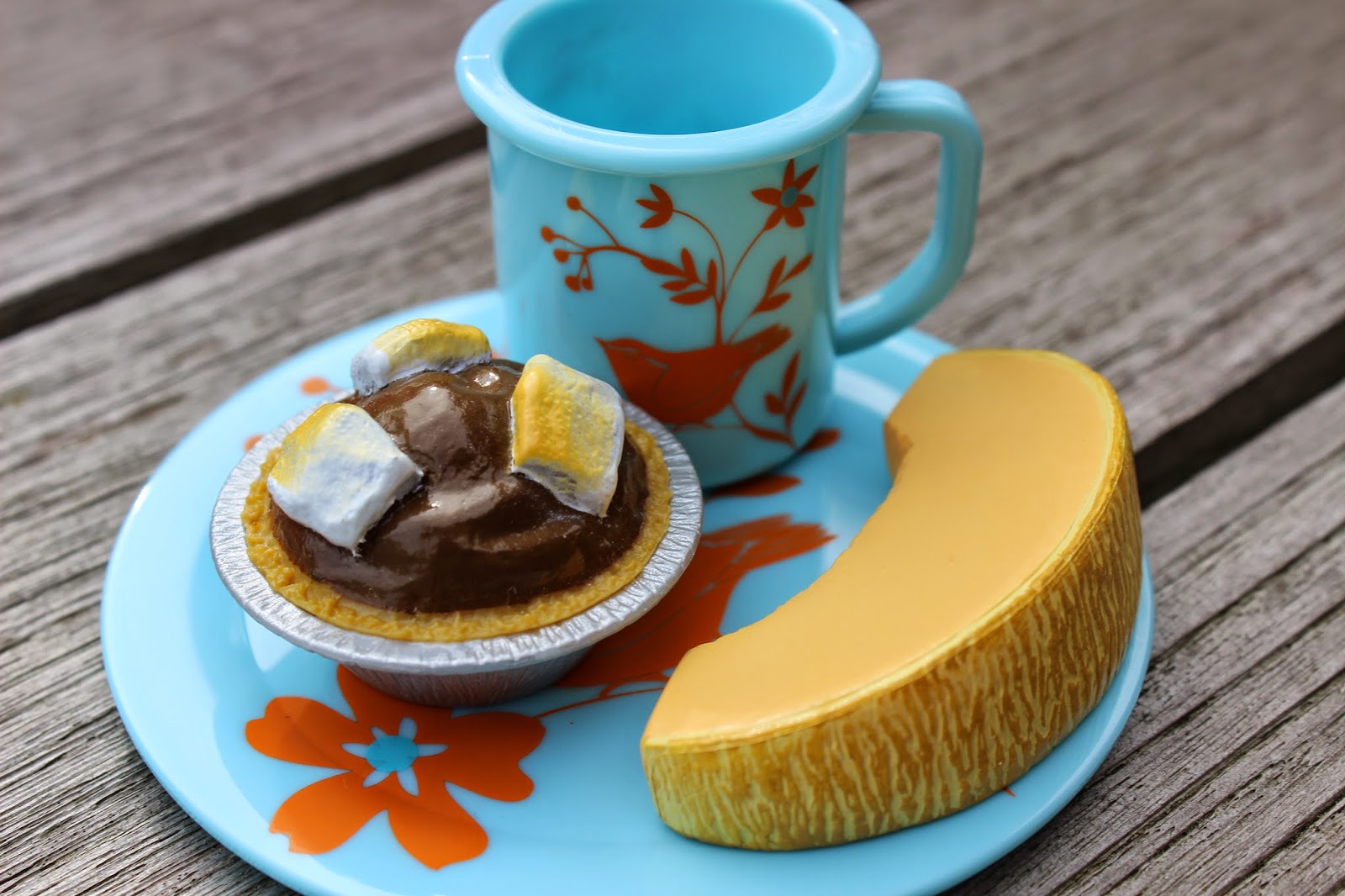 For desert, Haley made some chocolate pudding with some fresh melon. 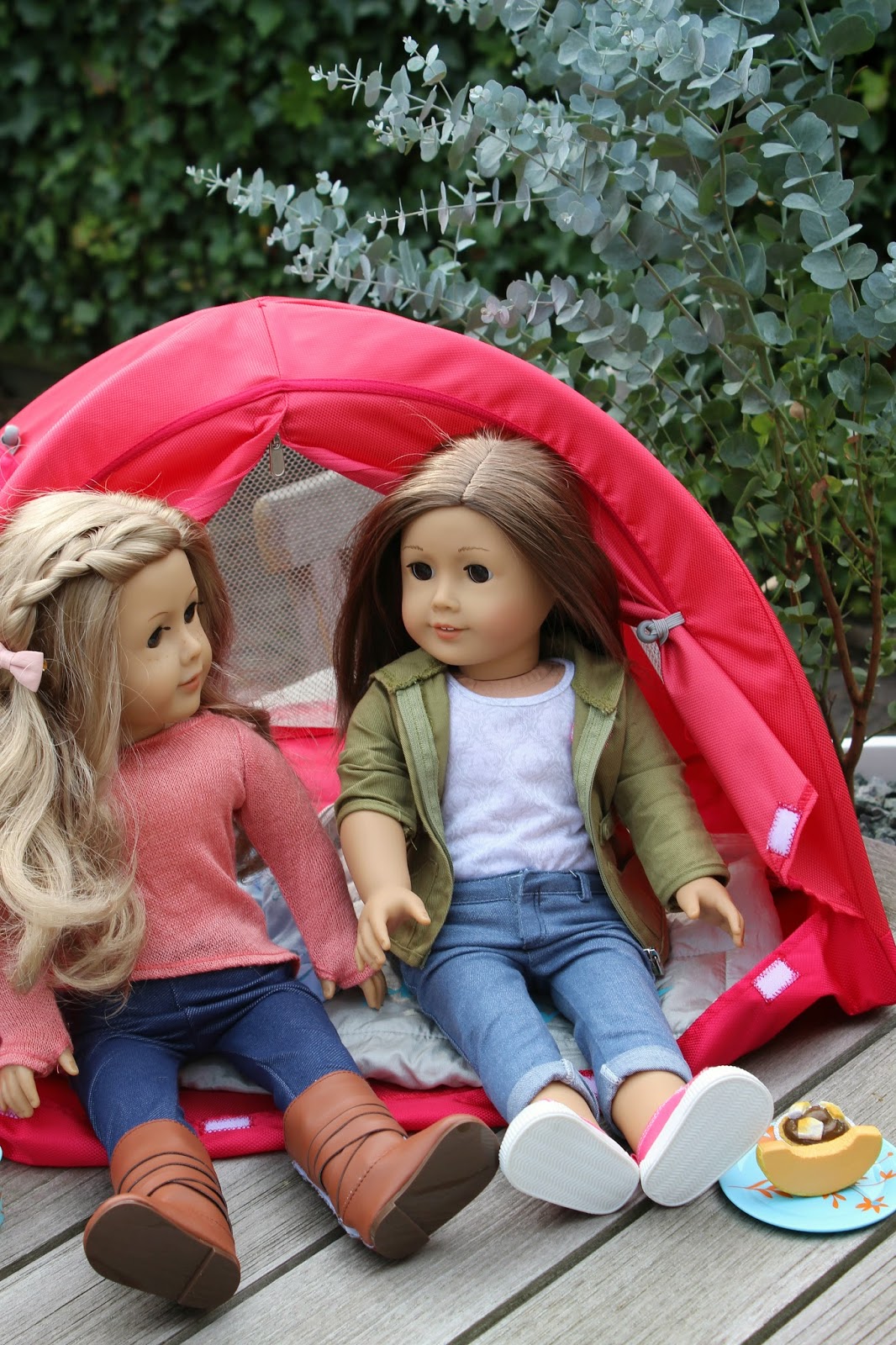 Pretty Lilly an American Girl
Hi! I'm Pretty Lilly, an American Girl. I've got a lot of dollfriends: Gilly, Mia, Kanani, Marie-Grace, Rory, McKenna, Caroline, Maddy ,Saige and Isabelle. Together we have 7 pets: five dogs, one cat and one monk seal. I love to make trips to New York, Washington D.C, Boston and L.A. I also love to play the piano, to shop, to read and I love arts and crafts! 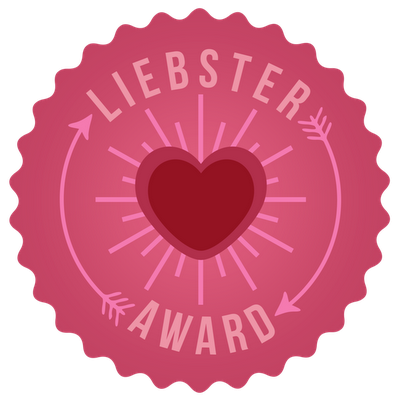 Thanks for nominating me Christina L.

Your Blog is Great award by Claire!

I Love your Blog Award by Sara! 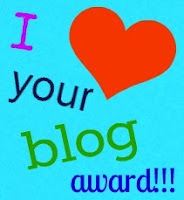